ID badging solutions play a critical role in protecting the 4 P's of your government agency: people, products, processes and property. From helping their citizens identify authorized personnel to ensuring that key public facilities are secure, there are many different reasons that government organizations rely on ID Wholesaler to provide ID cards to their employees. In addition, many agencies use identification cards to provide their citizens with additional services or benefits such as weapon permits and municipal IDs. 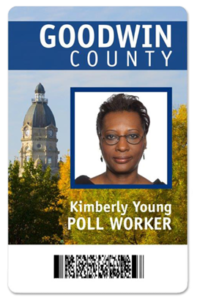 It’s important to add a security feature to your ID cards that is not easily reproduced or duplicated. If a criminal successfully replicates and uses your ID card, it could cost your government agency not only a lot of money but – most importantly – it could negatively impact the safety of the community you’re protecting.

Five years ago, implementing a proprietary feature with an ID card issuance program was fairly pricey, with an average expense of upwards to $20,000. Now, you can implement a security feature to your ID card system for a fraction of that cost.

In this blog, I’ll explain how realistically and affordably you can add a security feature to your government-issued ID cards using the Datacard CD810 ID card printer.

The Datacard CD810 printer series is the preferred ID badge machine for hundreds of state and local governments across the country. Datacard has a proprietary patent-pending tactile impression feature that is now available with the CD810 series. It prevents the fraud that’s most frequently encountered with national IDs, driver’s licenses, secure IDs and special law enforcement certification IDs.

The CD810 printer efficiently manufactures superior-quality cards and has the ability to add a tactile impression security feature. The tactile impression uses a unique die to create an impression on the card’s surface, taking your organization’s security coverage to new ranks of personalization. It’s important to note that 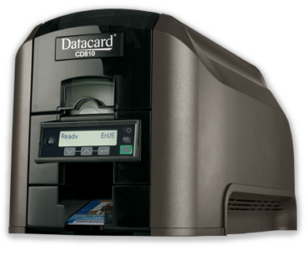 this type of personalization is disparate to any ID card printer model available in the marketplace today. The tactile impression is tailored to your government agency and is impossible to duplicate.

In addition, you can customize your tactile impression to feature your agency’s logo, badge seal, certificate seal, or state seal. The design can be anything – from an image to just text, or a combination of both image and text. The heavy-duty impression die is constructed with a patch laminate which adds another level of durability to your cards.

To further protect your cards and deter fraudsters from attempting to replicate them, we have a collection of generic and custom laminates that you can add to your cards, along with the tactile impression option.

For more information on how ID Wholesaler can help your government agency produce more secure and durable ID cards for less with the Datacard CD810 card printer, call an ID Professional at (800) 321-4405. We’re here to help! 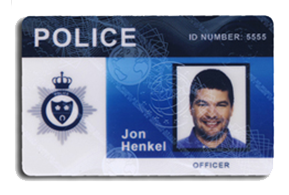 Police departments and law enforcement agencies use ID cards to:

An ID badge is an important part of the uniform for a police officer, peace officer, or other government employees. It allows the public and fellow colleagues to quickly identify the police officers and law enforcement personnel. This verifies their position and instills a sense of security and trust.

ID cards for law enforcement and police can contain a number of identifying features. Specifications may be set per district or department, but examples of content to place on an ID card include:

For more information on how to design functional and secure ID cards, read these ID card design tips.

Advances in technology allow a government ID badge to provide much more than visual identification. With proximity cards and an access control system, you can also control cardholders’ access rights. For example, all cardholders can gain access through the main door of a building, while access to internal areas may be restricted to those who have a specific need to be there. Access may also be restricted by time, only granting access to particular users at certain times of day or night. Controlling access to government buildings is an important part of protecting the public and those who serve the public.

Technology can also be used to authenticate the cardholder. Data contained in barcodes or smart chips can contain identifying information that can be quickly scanned to verify that the cardholder is legitimate.

Security is of utmost importance to a law enforcement agency or police department. Therefore it is critical that ID badges are tamper-proof and cannot be fraudulently duplicated. There are a number of features that a law enforcement ID badges can contain to improve the card security, such as holographic images, a signature, a fingerprint, and an intricate card design.

In addition to adding security features to the cards, law enforcement agencies need to take precautions to protect the system that makes the cards. ID card printer systems can be equipped with a number of features to prevent unauthorized access, including password protected ID software and printers and lockable input and output card hoppers.

Incorporated in 1979, the Town of Paradise, California is situated in the foothills of the Sierra Nevada Mountains, about 90 miles from the city of Sacramento. Like other cities and towns across the country, Paradise has its own dedicated Police Department.

Paradise relies on their credential program to provide Town department employees with ID cards that offer a unified form of photo identification designed to authenticate badges and prevent fraudulent access. They also depend on their cards to verify their employment, status, and training ID number during on-site and off-site training. At the head of the program is Valerie Lynch, Paradise Police Department’s Administrative Assistant. Since 2001, Lynch has managed the Town’s credential program – from designing badges to printing them and finally distributing them to officials. 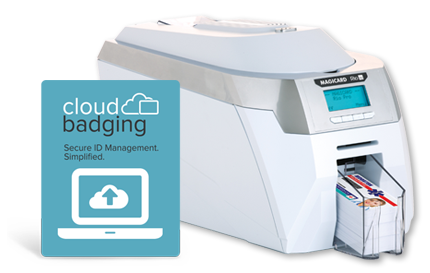 When Lynch first began working at the department in 2001, she would run paper cards through a typewriter, take the employee’s photo with a film camera, pick up the photos at a local drug store, cut it out and glue the headshots onto the paper cards and manually laminate cards. “Using a typewriter, glue, and laminate to make each of our ID cards was extremely time-consuming, sometimes messy and not at all convenient,” Lynch said.

When her department decided to digitize their ID card program as well as their card-making process with a plastic ID card printer in 2006, Lynch was delighted. She began researching online for reputable photo ID retailers who could make the transition smooth and streamlined. That’s when she found ID Wholesaler and ordered the department a Fargo C30e direct-to-card printer and entry-level software. It worked great for many years, but around 2015, it began to show its age.

Once again, Lynch was tasked with finding a new card printer. She decided they also needed an upgrade to their ID software that could accommodate multiple users at different locations across the police department’s network. Although the software she’d originally purchased with the C30e fit their business needs at the time, her card program now demanded more advanced features and capabilities. The next requirement was the software’s ability to integrate fingerprint and signature images into the design of the ID card. The final requirement was a software that was simple for users to learn and easy for them to create high-quality, professional-grade ID cards.

Lynch called her long-time ID Wholesaler Account Manager, Mathew Foss. Because Lynch had worked with Foss for so many years, she trusted his expansive printer and software expertise. He explained the features of the Magicard Rio Pro Printer, and Lynch knew it would be a perfect fit for her team’s needs. In addition, Foss told her about a web-based ID software called CloudBadging. 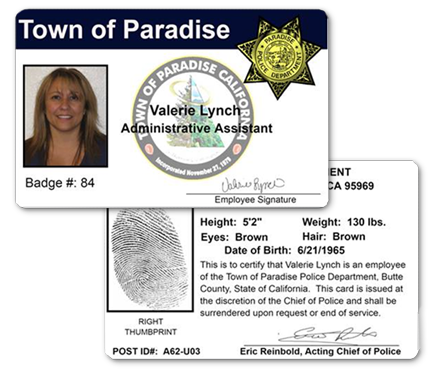 He added that CloudBadging combines all the features and benefits of standard desktop ID card software into a cloud-based SaaS application (“Software as a Service”). It requires no installation and can be used virtually anywhere using a PC or Mac with internet access. Best of all, it came with a free subscription which allowed Lynch to “test drive” the software before purchasing it.

A long-time ID Wholesaler customer, it was an obvious choice for Lynch. The free subscription allowed her to try the software and gain a better understanding of its features and capabilities.

Most importantly, it was Lynch’s full responsibility to find a new software, so it was critical that it could manage the needs of the Paradise Police Department. Her reputation was riding on it.

“It’s great to have an updated printer with new software,” Lynch explained. “CloudBadging makes the creation of our ID cards so easy!” Lynch added that CloudBadging is web-based. “It’s accessible almost anywhere and I always have the latest version. There aren’t any complicated upgrades to make…ever!”

Rely on the expertise of a leader

Asked whether she had any recommendations for someone looking to produce professional-quality ID cards, Lynch says she would recommend CloudBadging Software. “I even endorsed it to a family member who serves the community at the county-level.” “Call ID Wholesaler…we had great success with them!”