The ComForCare Home Care organization empowers those with physical disabilities or aging loved ones to live comfortably and independently.

Tony Walker – one of the first seven original franchise owners – opened his ComForCare franchise in Santa Cruz, California in 2003. For years, he and his staff used an inkjet printer to print photo identification cards for employees. Once printed, staff would run the cards through a heat-sealing lamination machine.

Unfortunately, the cards that were printed with this process produced less-than-professional credentials. The process was time-consuming and inconvenient.

With competition in the home care marketplace increasing over the years, he realized that a stronger brand presence – coupled with a more professional look – was critical for success. He upgraded his employee ID badges by collaborating with ID Wholesaler.

CHALLENGE
Enbracing What Technology Has to Offer

Walker launched his own initiative designed to increase brand recognition at his Santa Cruz location: “It’s a fiercely competitive market. A professional look and feel can really make you stand apart.”

Walker also invested in a sporty, new Smart car. It features the ComForCare logo and branding, and one of Walker’s Care Advocates uses the car when driving around town. In 2018 – as Walker’s rebranding campaign continued – he extended his efforts and made the executive decision to improve the quality, design and general branding of employee photo ID cards. He wanted a new, more sophisticated method for producing high-quality IDs for employees.

Walker felt enhanced credentials were especially important as his employees don’t wear uniforms – a preference communicated by clients who prefer neighbors do not know that a home care professional is visiting them.

To proactively advance ComForCare’s ID card issuance program, Walker wanted to encourage franchise owners to extend and strengthen the organization’s brand presence within the aggressive home care landscape. He expressed his goal of launching a more refined, integrated and unique brand image for ComForCare and its employees.

SOLUTION
Trust the Expertise of an Industry Leader

While attending a company-sponsored vendor conference in 2018, Walker was inspired by one of the merchants – ID Wholesaler – an industry leader specializing in ID badging and access control since 2004. Walker watched enthusiastically as ID Wholesaler staff took digital photos of ComForCare conference attendees and made on-demand branded ID badges, personalized with their names and photo. It demonstrated to franchisees the ease and efficiency of using an ID card printer to print ID badges. 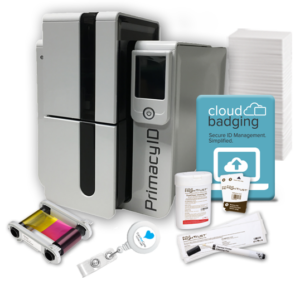 Further, ID Wholesaler engineered an added-value ID card bundle at more than a 25% discount exclusively for ComForCare and At Your Side franchisees. It included a powerful PrimacyID single-sided ID card printer system. It included a free touchscreen LCD display ($160 value), a free CloudBadging subscription – our SaaS ID software for a year (a $199 value), color ribbon, blank plastic cards and a printer cleaning kit.

As an added bonus, the printer bundle included 100 complimentary custom badge reels featuring the ComForCare colors and logo – a value of over $50. The retractable badge reels enabled employees to securely display and carry photo IDs. 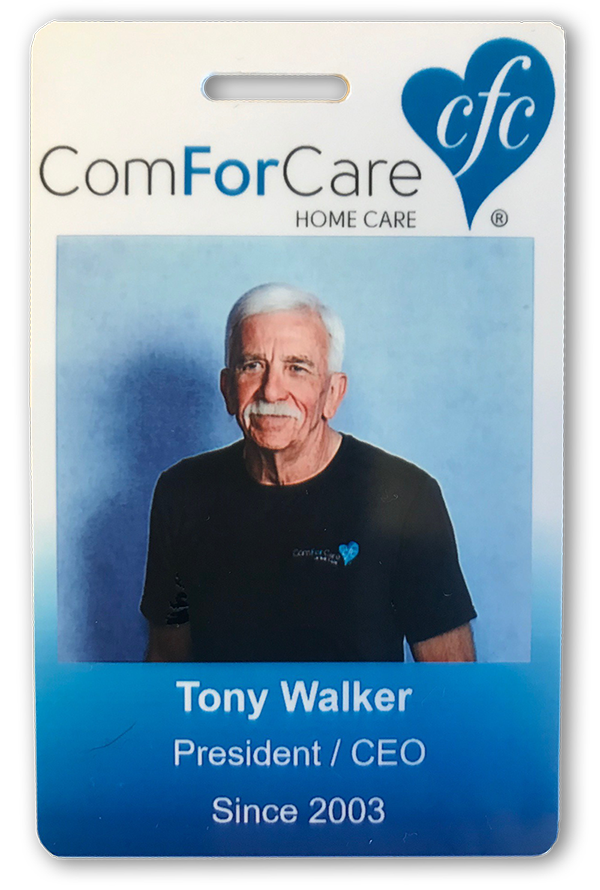 “Allie was extraordinary. She was quick on her responses to our CloudBadging questions and offered us additional help if needed,” Walker exclaimed. “In fact,” Walker continued, “one of my colleagues even reached out to Allie and couldn’t get over her level of professionalism.”

RESULTS
Rely on the Photo ID Professionals at ID Wholesaler


Walker realized ID Wholesaler’s PrimacyID printer bundle was the game changer he’d been in search of for months. He felt a structured ID badge program for ComForCare franchise owners was the final step in the rebranding campaign. Although he admits it was a bit of an impulse buy, Walker is extremely pleased he made the decision to invest in his company, its success and its future. “This printer is the right fit for our needs; it’s a first-rate product that creates first-class results,” he commented.

Walker now badges each and every new ComForCare employee at his Santa Cruz, CA location. “Our printer creates first-class ID badge results,” he commented. “All new employees automatically receive a personalized ComForCare ID badge during our on-boarding process,” Walker said. “Next we will be focusing on reprinting the badges for our existing employees.”

When asked whether he would recommend ID Wholesaler to other perspective ComForCare franchise owners, Walker did not hesitate in his response. “Absolutely! I’ve already done so!”