Officially opening its doors to students in 1973, Evangelical Christian School is located in the southwest part of Florida near Fort Myers. The student body includes pre-school children through high school seniors, with a combined student population of over 1,000 kids. For 45 years, this non-denominational college preparatory school has maintained its mission of providing unparalleled excellence in education for all students.

In addition to superior education standards, staff and student security are paramount to Evangelical Christian School. Following the 9/11 attacks in 2001, ECS Safety Director, Matt Gerl – along with school administrators – made the critical decision to significantly increase the level of security on their campus by integrating proximity cards. “We decided that we needed increased security to bring some order to the chaos. ECS is a very strong and enduring family-oriented organization. While there’s definitely a homey feeling here, we still must have protection and safety measures in place,” Gerl explained. 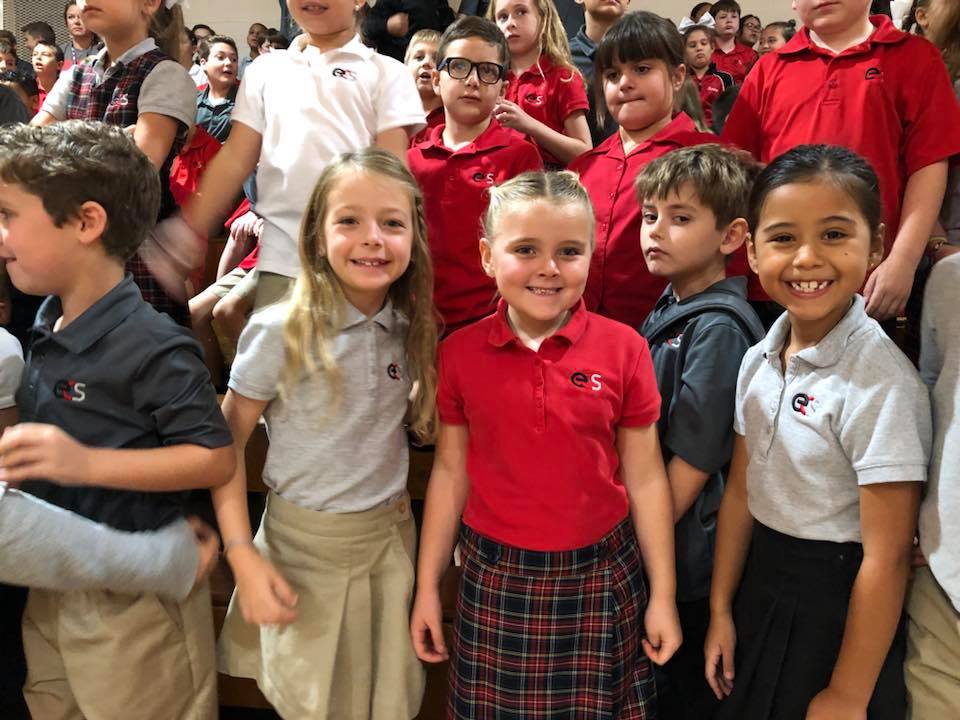 ECS had an access control system in place for about 18 years. The school had originally invested in a name-brand proximity card and began issuing secure ID badges to the entire employee and non-employee staff. “We wanted the school to improve our ID badge security. We also wanted the ability to easily monitor our school and see who had used their card, where and when,” Gerl said.

This included teachers, faculty and support staff, coaches, maintenance department, cafeteria, school nurse and the school’s security division. ID badges were also created for emergency locations within the building to enable law enforcement and fire department officials to enter the school in the event of an emergency. This also prevents authorities from having to break down school doors to access the school’s interior.

Because proximity ID cards are multi-functioning by nature, the school chose to include their kindergarten hot lunch program in tandem with the ID badge program. Students’ names were printed on cards, coupled with their lunch ID number. Each kindergarten teacher kept track of the student lunch cards, passing them out when once they got to the cafeteria and then collecting them after the students finished their lunches.

After exceeding its card-printing lifespan by several years, the school began looking for a replacement card printer. Gerl again reached out to his dedicated ID Wholesaler Account Manager, Zachary Knutson, asking for help to find a new card printer that would accommodate the school’s unique badging requirements. Knutson recommended the Datacard  ID card printer because of its high-volume output, professional-grade print quality and speeds that surpass any other direct-to-card printer on the market.

Gerl felt that ValuProx cards would be a wise direction for the school to take, because as an ID Wholesaler customer since 2010, he fully trusted Knutson's endorsement of the technology cards.

In June of 2017, Gerl purchased his first order of ValuProx proximity cards from ID Wholesaler. “Like most folks, I appreciate a great value. I was convinced after we first started using ValuProx cards that I’d made the right decision,” Gerl pointed out. “I trusted Zach’s recommendation of the cards, and that’s why I switched to ValuProx.” He went on to say that, “When I have something that works as well as ValuProx does, there’s no need to try something else just because it’s the latest and greatest.”

Gerl now prints secure ID cards annually. Employee, non-employee and kindergarten lunch ID badges are re-printed and re-issued to ensure that cards are as up-to-date as possible. 2018 was the first year that ECS began incorporating the school year date on their cards for added security. “We print about 150 badges each year and re-print any lost or broken cards during the school year.”

“In dealing with ID Wholesaler, I found them to be very quick responding and not obtrusive like other sales companies. Never once was I bombarded with sales calls from them. Their response time is quick, and I’m kept updated on the status of my orders,” Gerl stated.

Rely on the Expertise of a Photo Identity Leader

When asked if he’d recommend ID Wholesaler to his colleagues, the school safety director said, “Absolutely! I think I’ve had one or two non-functioning ValuProx proximity cards in the thousands I’ve ordered. These cards can really hold up!”

He went on to say, “I’d had lots of problems when I purchased prox cards from another technology card vendor. ValuProx proximity cards are significantly more durable.”